This week at Sunday Stamps we have an interesting theme: Spineless invertebrates!  Yes sometimes they get their own stamp.  Below I have a scan of a block of stamps from some time ago - note the price on them: 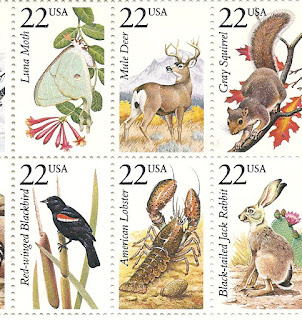 Yes some vertebrates but I draw your attention to the American Lobster in the middle bottom.  Only after they are cooked do they turn red.  If you eat seafood you will find them very delicious. Also there is the Luna Moth in the upper left - also classified as an invertebrate.

Visit See it on a Postcard to see who else is joining in this week!

The theme of Sunday Stamps at See it on a Postcard this week is weather or weather-related stamps.
I had planned to show this stamp earlier for mountains but I guess there are clouds and sky in the background: 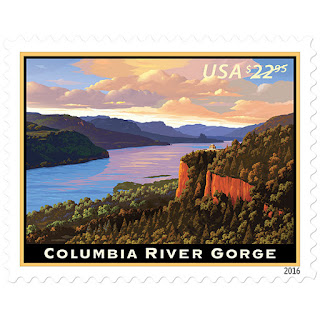 Not a stamp most of us will use or see - at $22.95 this is for large packages.
Love the illustration style of this stamp!  Scan is from the US Postal Service.
Viridian
Posted by viridian at 1:03 PM 7 comments:

Sepia Saturday, after a long time away

It's Sepia Saturday number 325, and I would like to join those intrepid bloggers listed there in interpreting this week's theme.  I perused American Memory at the Library of Congress to find the image below: 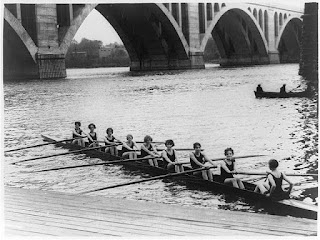 Potomac Boat Club.
CREATED/PUBLISHED
1919 Sept. 21.
SUMMARY
Nine young women in racing shell on river.
NOTES
Date from back of photograph; however, photograph may have been taken later because bridge in background (Key Bridge) was under construction from 1917 to 1923.
National Photo Company Collection (Library of Congress).
Published in: American women : a Library of Congress guide for the study of women's history and culture in the United States / edited by Sheridan Harvey ... [et al.]. Washington : Library of Congress, 2001, p. xii.