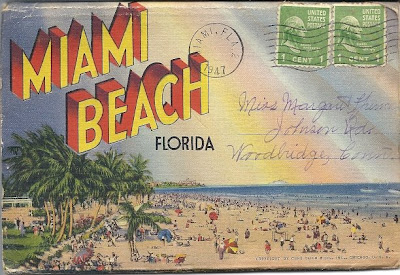 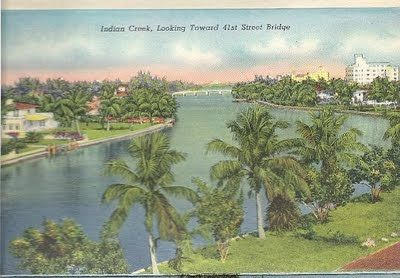 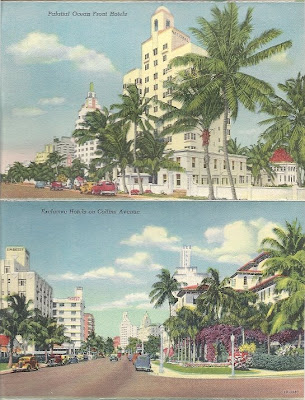 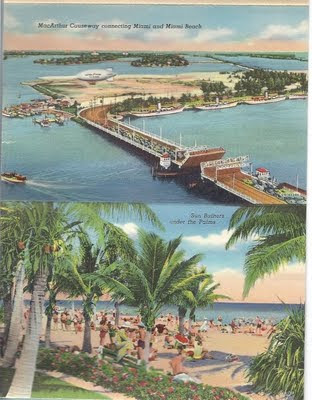 viridian
Posted by viridian at 9:09 PM

I don't believe I've seen a folder like that before. It's a good way of showing a whole area, blimps and all!

I'm a fan of Muse Swings as well. These are all great cards and I love how you are spreading the word about Muse's great posts!

viridian, thank you for sharing those marvelous postcards! I'm new at this but I'm very, very interested! I posted an Art Nouveau postcard I found on the web.

I really enjoyed your post. I read all of Muse Swings posts about Pvt. Burns.

Very nice postcards! We used to live in Miami, although not in Miami Beach, but more south from there :) However, I know the area your postcards are showing. Very interesting to see the old scenes! We lived there only 5 years ago :)

I love these postcards and this post. I think the postcards from this era are so pretty. I hope to get my act together and participate in PFF next week... I've started quite the collection!

I also love postcards from this era. They are so beautiful! And deliciously high tech for the times.

I love this post! Your postcard folder is so interesting - I like the comparisons to the cards Pvt. Burns sent to his wife.

Took me a few minutes to spot that blimp!

Thank you so much for the mention of my favorite posts!

Howdy Viridian
Thank you so very much for the connection to Muse Swings post .
What an awesome idea.
This was so much fun .
I really enjoyed your post .
Happy Pff to you .
Happy Trails

You are welcome everybody! (blush blush)

Sorry I am late getting around to visit, but I have been busy.

Thank you for visiting my blog.

More info about places I have never been!

I recently started collecting some b/w postcard folders of New Brunswick (Canada), although I must say that the ones I've received are rather low quality.
Yours are lovely,
Evelyn in Montreal