Well what a change in the world since last Saturday.  Conflict in the Middle East has gotten much worse, and Malaysian Airlines flight 17 has gone down in a tragic way.  I don't know people involved in either situation but I think about the many who are affected by these events.

It is Saturday night so I turn from these matters to get my Sunday Stamps post up for all of you.  Our theme is Artists and illustrators.  The following stamp will be a favorite of the fans of the Laughing Cow: 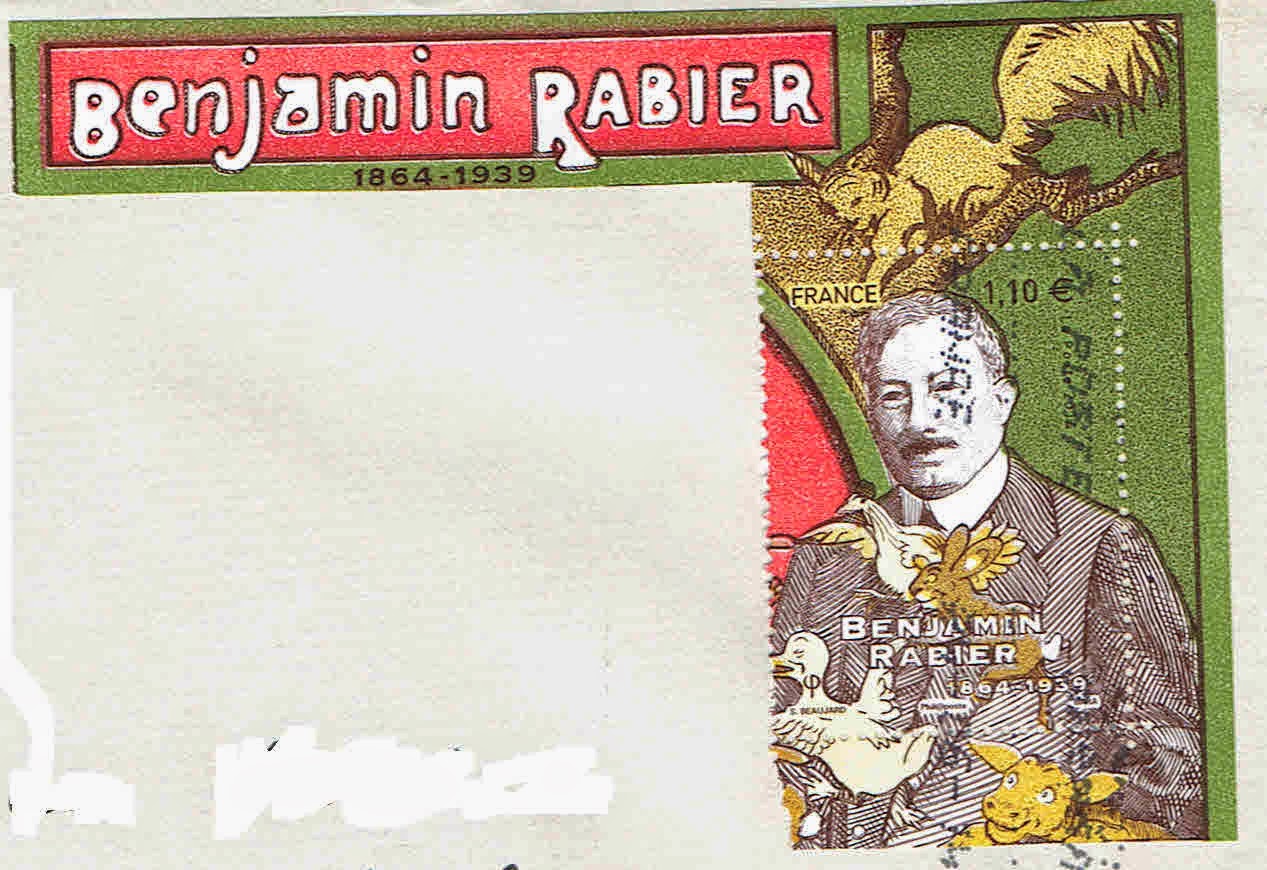 This French stamp honors Benjamin Rabier (as you can read above).  According to Wikipedia (not always reliable, but we will go with it here):
Rabier was a French illustrator,comic book artist and animator. He became famous for creating La vache qui rit and is one of the precursors of animal comics. His work has inspired many other artists, notably Hergé and Edmond-François Calvo.
Rabier started to work as an illustrator for various newspapers after meeting Caran d'Ache. His first album for children was the story of Tintin Lutin, published in 1887, which told of a young lutin or "imp"; here his main characters are human and not animals, as they came to be in later albums. His most famous creations are Gideon the duck and the characters he drew for Le roman de Renart.
Please join me with any artist or illustrator.

Theme next week: Anything you wish.
Theme week after that: faraway (romantic? exotic?) places.

It's a crazy world!

I ended up with two identical links.

I've never thought about who drew the Vache qui rit before, the wonderful world of stamps.

I never knew about him. Herge and Tintin - yes. It's amazing what we learn.

It’s always nice to learn something about a new illustrator. well, new to me. I’ve managed to scrape a post together again, but my stock is running low.

He's new to me too but I do know his work. Le Vache Qui Rit is a favourite of Hawwa's who sometimes contributes here.

ha! it is really strange when you realize that there are these common things you come across every day but that you have never had a clue who the artist behind them is! thanks for enlightening me!